What a terrific batch of titles. And it looks like everyone was able to post without a problem this time – I hope. So without further ado …

the winners of Picture Book Peek Week #3 are

Please e-mail your manuscripts as Word attachments to reidy(dot)jean(at)gmail(dot)com.

My Top 10 Picture Book Takeaways from the RMC-SCBWI Conference

9. The only beef editors and agents have against rhyming picture books is that they’re so often poorly written.

8. Manuscripts need to be more perfect than ever before they’re ready for submission.

7. While marketing yourself is certainly important, a writer’s MOST important job is to make his/her book amazing.

6. Perfect picture books are like a dance between text and illustrations.

5. Adding just one word – the perfect word – to a picture book text, can carry layers of emotion like wistfulness, uncertainty or imperfection.

4. Picture book pacing is a combination of text on the page, text-free pages, punctuation, page turns, timing and breathing.

3. Even humorous picture books carry an emotional truth and strike an emotional and harmonic chord at the end.

2. Picture book endings should disarm us. They must have a touch of mystery, a touch of magic, and space for the reader to fill in the ending or ponder it.

1. If you ever have a chance to see Allyn Johnston and Marla Frazee present together, don’t miss it. You’ll leave with inspiration (and laughter!) for a lifetime.

Posted September 21, 2009 & filed under The Writing Process, Tools for the Taking.

Back in the day, before music videos, before CDs, even before 8-Track Tapes (if you owned one, fess up now – I never did) there was Puff the Magic Dragon and Peter, Paul and Mary. All drug culture references aside (I was too young to know of such things) the song became one of my first stories. Having memorized every word of every verse, I pondered the name “Jackie Paper,” wondered about the land called “Honah Lee” (had to be some Hawaiian island) and couldn’t quite figure out what was so special about “string and sealing wax.”

But the remaining details of this mystical song were clear in my mind. As clear as a favorite fairy tale.

With several guitar-picking siblings in the house, I grew up with folk music. And those songs make for some of the richest story-telling in my childhood. What better way to pass down a story if not in song?

I developed great passion for not only the stories – would Charlie ever get off the MTA? (The Kingston Trio)

– but also the questions – Where Have All the Flowers Gone? (Seeger)

I’m so grateful to these folk masters, the stories they sang and legacy they left us.
RIP Mary Travers.

But is your idea good enough? Jon Bard answers that tough question.

Posted September 15, 2009 & filed under The Writing Process, Tools for the Taking.
Back by popular demand: Picture Book Peek Week
Free critiques of select PB manuscripts – including those wretched rhymers (Yup, 3 of my upcoming PBs are written in verse!)

Peek Week #3 begins September 21st. I’ve changed up the format a bit. Here’s how it will work:

Sign up for a critique by entering your PB WORKING TITLE in the comment section of this blog post anytime (midnight to midnight Mountain Time) on September 21st. Titles submitted before or after September 21st will not be considered.

I’ll throw all titles into a hat and pick 3 for critique.

* I accept only fiction.

* Level of detail in the critique will vary based on my impression of the caliber of the writing.

* Please understand that I’m not an editor and will not be providing line-editing of your work. My critique will be comprised of suggestions for improving your manuscript. So please send me your most polished piece.

* The 3 critique winners may e-mail me their manuscripts as Word attachments. Manuscripts will be kept completely private. When I receive the manuscripts, I’ll let the authors know when they can expect my critique.

* As with any art form, likes and dislikes are entirely subjective. Please understand that my critiques are only one reader’s/writer’s opinion. It’s always wise to seek feedback from a few different readers. If my ideas resonate with you, they’re yours to use. If you disagree, I encourage you to compare my comments with those of other readers. But in the end, it’s your book. Stay true to your vision.

I look forward to reading your work.
Jean
P.S. For little “fashionistas” everywhere- TOO PURPLEY! – Preorder it now!

Posted September 14, 2009 & filed under News to Use, Picture Book Peeks, The Writing Process.

I love that one of my favorite authors is so very humble … and funny.

Darcy Pattison’s Random Acts of Publicity Week began last Tuesday and I’ve decided to focus my not-so-random acts on one of my crit buddies, Judith Snyder. Judith is a teacher, school librarian and storyteller – she knows children’s literature. And even though she’s so very talented, Judith is soft-spoken and VERY humble. Tooting her own horn doesn’t come naturally. So I’m doing it for her.

Not only has she written WHAT DO YOU SEE? a 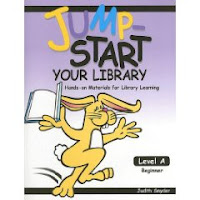 So Tuesday I discussed Judith’s books with my mom – a seasoned book buyer who has made books the gift of choice for her 6 kids, 20 grandkids and 20 great-grandkids. Wednesday I reviewed Judith’s books on Amazon. And today I’m linking like crazy to Judith and her books. Visit her website or read even more about Judith on JacketFlap.

Thanks for the great idea, Darcy, I’m anxiously awaiting my marching orders for Friday.

“Times are bad. Children no longer obey their parents, and everyone is writing a book.” Roman philosopher and orator Marcus Tullius Cicero, 106-43 B.C.

Not long after the second of my three children was born, I sat at the kitchen table late one evening talking to my dad about parental responsibility. It’s a big topic and we were covering lots of philosophical ground, but what I remember most is my pronouncement that my primary job could be boiled down quite simply and starkly: I had to keep safe these beings released into my charge. I needed to keep them alive.

These were the musings of a new parent, of course. The circumstances, too, should be considered; the first child had been born in Jerusalem during the intefadeh, and the second was born as I was reporting from Moscow during the collapse of Communism. In both situations, I repeatedly came face-to-face with life’s fragility.

But even in calmer times, even after the birth of my third child, I never lost the feeling that my main duty was to pass them on into adulthood as unscathed as possible, as healthy in every way as they could be.

It sounds pretty simple, on the face of it. We perform many jobs as parents: nurturers, playmates, cheerleaders, short-order cooks, nurses, disciplinarians, detectives, spiritual leaders. Keeping them safe should not be the hardest, not with the help of baby monitors, plastic devices to cover electrical outlets, pads for sharp corners, child-proof medicine bottles, the list goes on.
And in fact, we passed through well, with just the usual rounds of stitches, one violent dog attack, a rabies scare and a few months when my youngest fell so often and got so many bumps on his forehead that my husband and I joked someone was surely going to call child services on us.

Now, though, my youngest is 14, and as they’ve grown, I recognize my job has been transformed. It is to give them trust and space so they can develop confidence in their ability to make their own lives. And yet the two oldest, at ages 19 and 20, are in a period of time that seems almost like a parentheses in their lives. They are certainly not children, but nor are they quite adults. Meanwhile, I say and think all the usual things parents have been saying and thinking since—well, perhaps ever since Cicero, whose words I keep taped to my office wall: it’s rougher out there than it was in my time. More chaotic. More violent. More dangerous.

And everyone is writing a book.

It was, in fact, into my latest novel, 31 Hours, that I channeled my fears. Among other things, the novel offered a chance to explore what it means to be the parent of someone on the cusp of adulth

ood but not yet there. The mother in 31 Hours, Carol, is strong and independent, free of empty nest syndrome, but her maternal intuition is strong and she’s concerned about her 21-year-old son’s growing emotional distance, the way he seems tense and depressed. Her fears are amorphous and hard to convey; nevertheless, as she lies awake in the dark, she decides to trust the hunch that something is wrong, and to spend the next day trying to track her son Jonas down and “mother him until he shrugs her off.”

There are many themes in the novel, but one question it asks—one pertinent to all parents and one I’m still trying to answer for myself—is this: after years of being vigilant and protecting our kids, what should we do—and what are we allowed to do—to keep them safe once they are nearly, but not quite, grown?

Enter to win a free copy of 31 HOURS at: http://mashahamilton.com/31_hours/contest.php

Check out Masha’s other books and more of her work at http://mashahamilton.com/

Posted September 7, 2009 & filed under News to Use, Stops and Sightings.

The amazing writer/teacher/mentor/blogger Darcy Pattison has declared September 7-11 Random Acts of Publicity Week. And I’m excited about these fun four days of spreading the word about my fellow authors and their work. Darcy will offer daily suggestions for both online and offline promotion activities. Here’s the schedule:

Posted September 5, 2009 & filed under Marketing Minutes, News to Use, Tools for the Taking.

Here’s a question I see frequently in my inbox.

I’ve got a friend/uncle/daughter who’s written a children’s book. She needs a publisher. Do you have any advice?

And the answer is certainly “YES, YES, YES!” Generally I respond to these queries with links to my favorite writing websites, blogs, boards and books. But the generous Verla Kay has summed up the kidlit process – from start to finish – beautifully on her blog, where she, too, offers links to handy resources. Check it out here:

http://verlakay.blogspot.com/
Posted August 30, 2009 & filed under The Writing Process, Tools for the Taking.