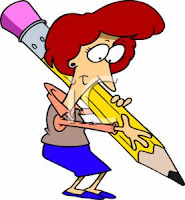 Last week I brought a new picture book manuscript to my critique group. They loved it (YIPPEE!) with the exception of one minor detail – the opening line. Unanimously it “didn’t work” for them which is critique-speak for “we hated it and we didn’t know how to fix it.”

My mission: Rewrite the opening line. Six words. No problem.

This went on for days. Nothing worked. Alas surfaced the problem with rewriting that line. Not only did I love it, I titled the book after it AND it was the premise of my whole dang story. Every time I changed it – and believe me, I found plenty of words that fit the space – the story logic or voice changed. I had to wonder – if voice, logic and premise all hinged on my opening line and my opening line “didn’t work,” how in the world could my story work? Did anyone really like the story?

I reexamined the premise. I still loved it. And so did my critique group. So I vowed, for the time being, that I’d leave the premise alone.

Then I set about digging deeper into the question “What was wrong with my opening line?” Was it really about word choice? Or was it voice? Or was it point of view? What was it?

I interviewed my critique buddies individually and got them to explore what they were feeling when they read the line. While their comments varied, they had a common theme – the line feels too heavy coming from a kid – clearly not good for a humorous picture book. But all agreed that the line also set up the story logically. They were words that needed to be spoken – just not by a kid.

Ahah! I needed a narrator that wasn’t my kid. I needed a third person narrator who could humorously tell my kid’s story and most importantly, deliver that opening line. I needed to rewrite my picture book from a different point of view. So that’s what I did.

And once I switched to third person, I was able to fire up the wit, the humor and the story logic … and even give my main character a name. The manuscript was infinitely better. And my critique group agreed.

Mirroring the example above, are the many times I’ve completely rewritten a chapter when all that was needed was a word change.

Before you jump into revisions, you need to fully understand your critique comments. Question your readers. It’s not about getting defensive, it’s about exploring what’s at the root of their concerns. By digging deeply into the true meaning of a critique comment before digging into your revisions, you’ll save yourself time, frustration and elevate your story to a much higher level.

You may even get to name your main character.

7 Responses to “Revising Beyond the Critique”